These are the best Homemade Cinnamon Rolls in the world! Soft, fluffy and easy for anyone to make. Swirled with a delicious, gooey cinnamon sugar filling and topped with a classic cream cheese cinnamon roll frosting! 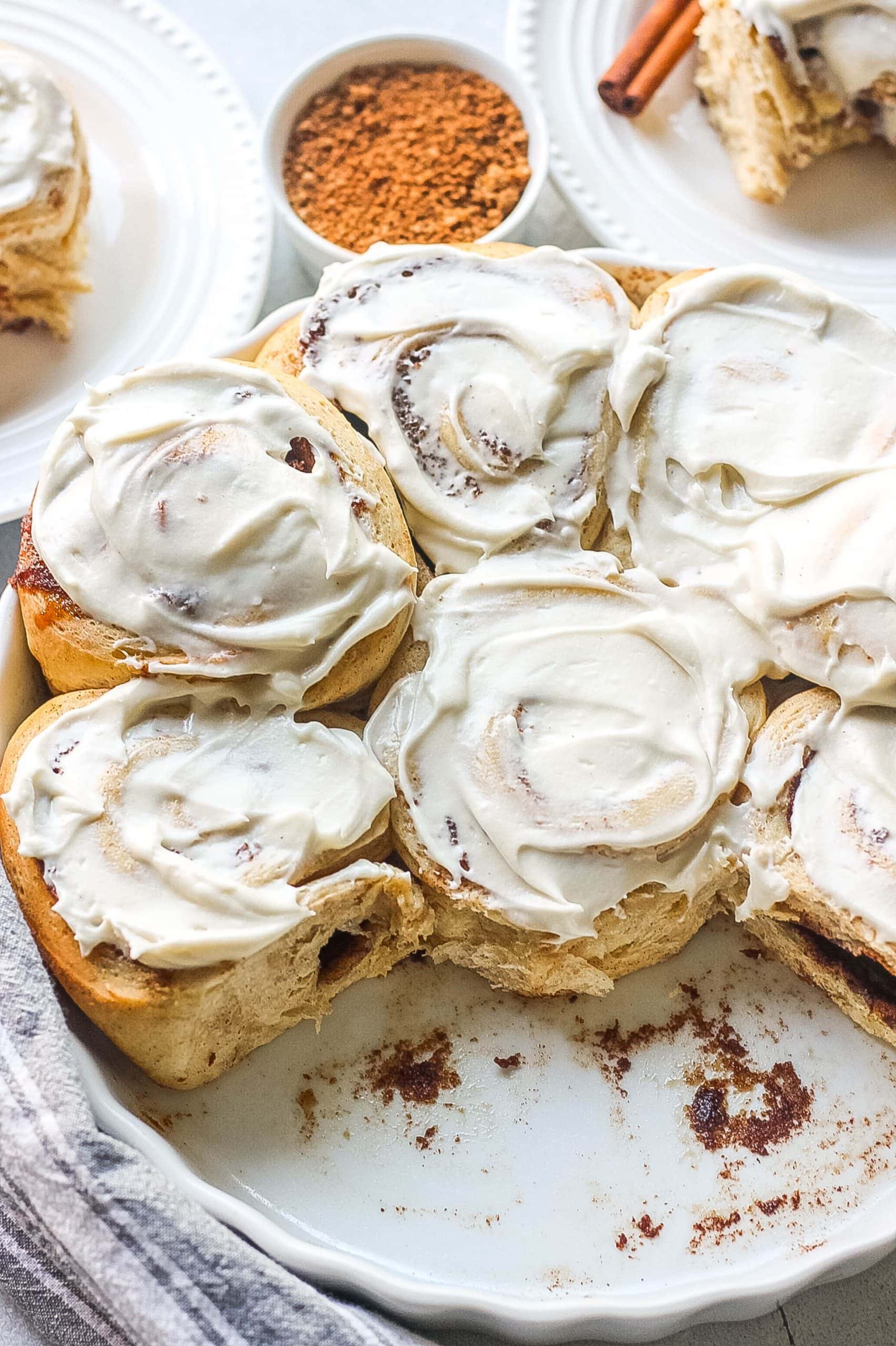 These Homemade Cinnamon Rolls are made with the fluffiest dough that has hints of cinnamon because you can’t have enough cinnamon in these rolls! The dough is rolled up and swirled in the gooiest filling and then topped with a light and fluffy cream cheese frosting.

Cinnamon Rolls are my all-time favorite breakfast and dessert and these rolls are by far the best I’ve made! These Homemade Cinnamon Rolls are so delicious and incredibly easy to make! You don’t need to be a genius to make these because they require minimal work! 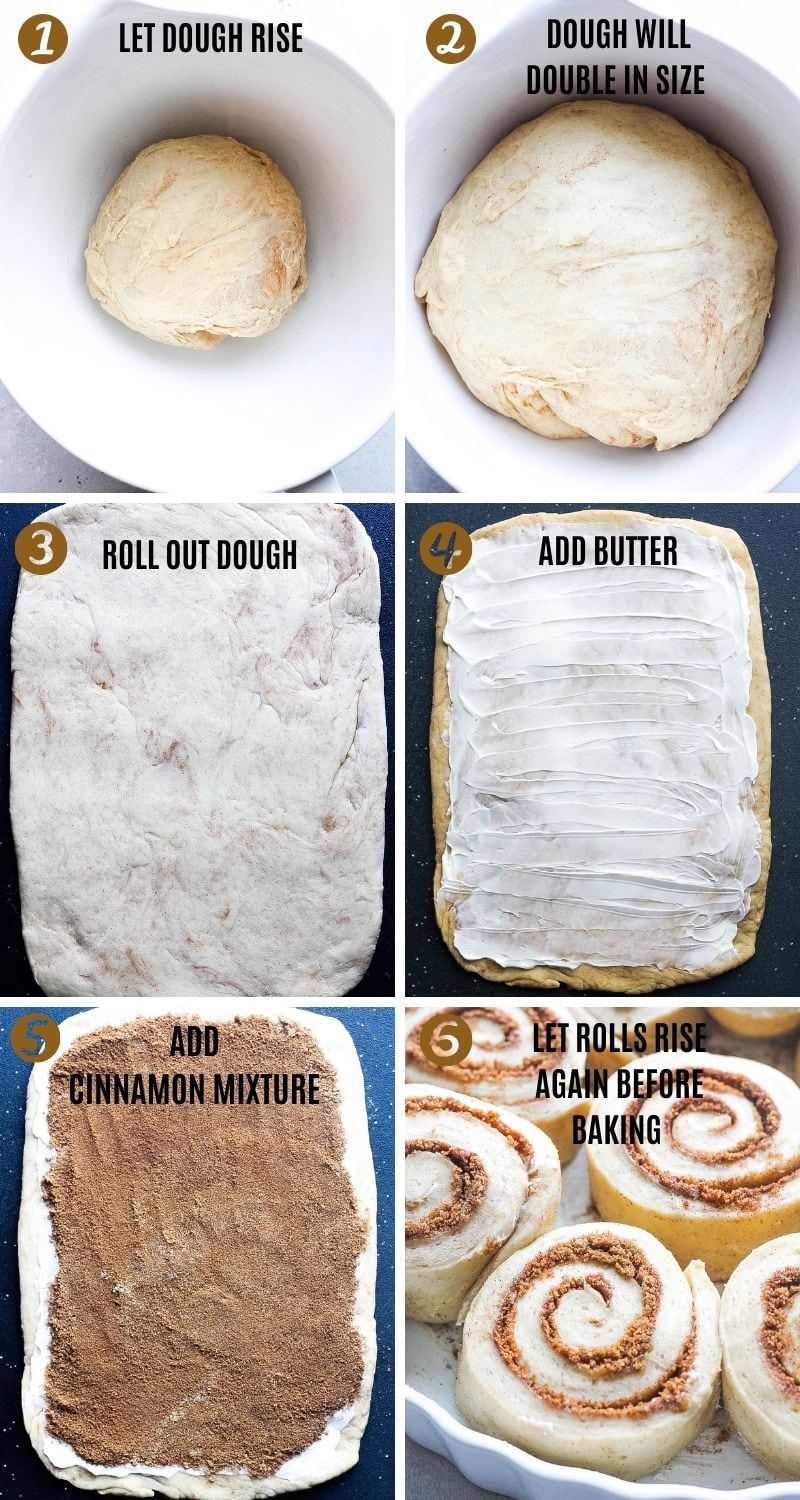 These easy Homemade Cinnamon Rolls make a delicious breakfast for Christmas morning, a birthday, Holiday brunch or any day that you are craving a good old fashioned cinnamon roll!

I top each fluffy cinnamon roll with a classic cream cheese frosting that is super light, airy and creamy. You just can’t have the cinnamon rolls without it! 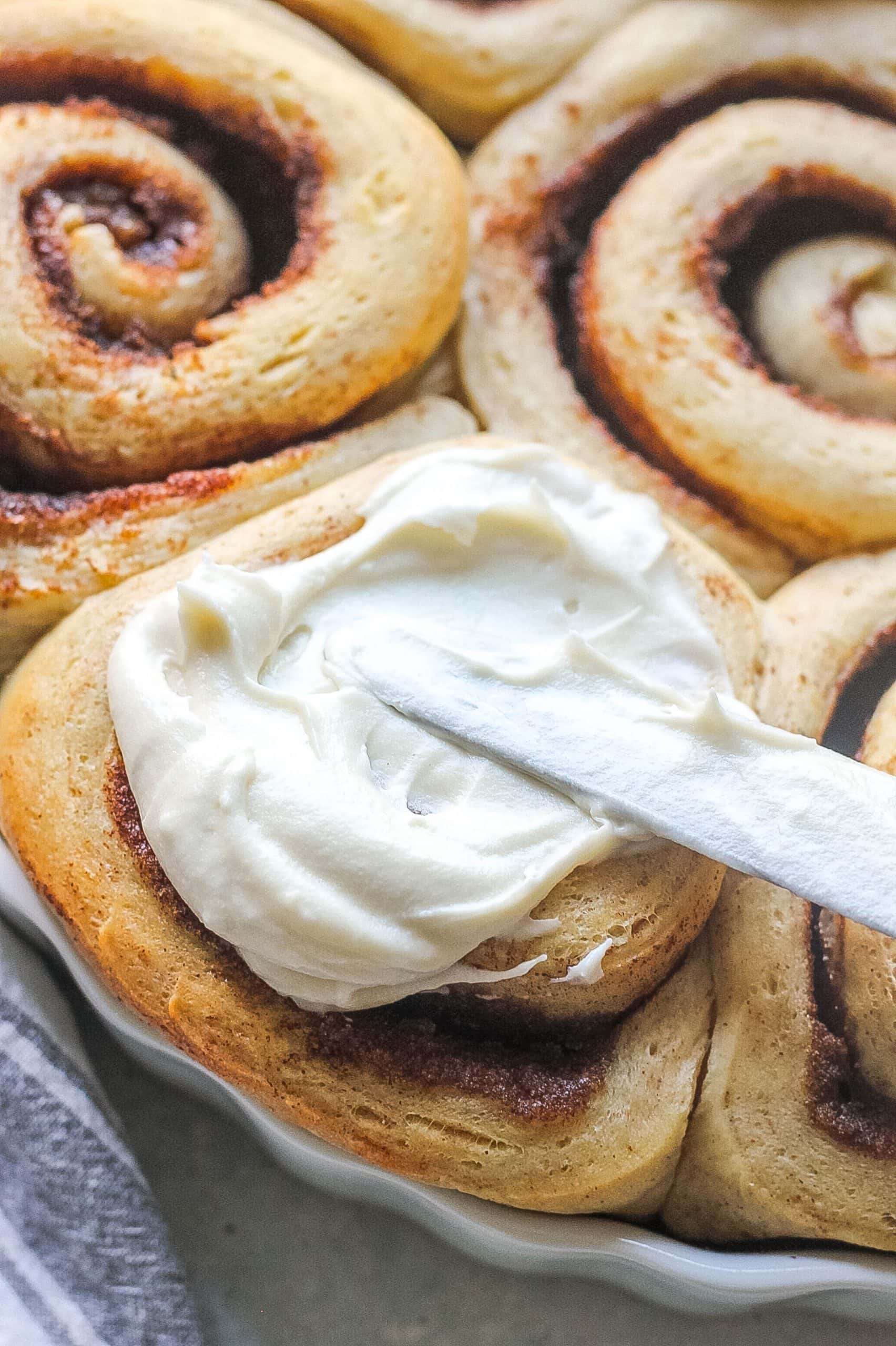 There’s nothing better than the smell of fresh cinnamon rolls baking in the oven, especially when they are made from scratch and super easy to make.

HOW TO MAKE THE BEST HOMEMADE CINNAMON ROLLS

Yeast: This recipe calls for double the standard amount because it makes these rolls extra fluffy!

Let the rolls get cozy in the baking pan: let the rolls touch on all sides of the baking dish. When they rise for the second time they should get so puffy they touch- this will ensure that all of the centers and sides are nice and soft. Making them gooey! 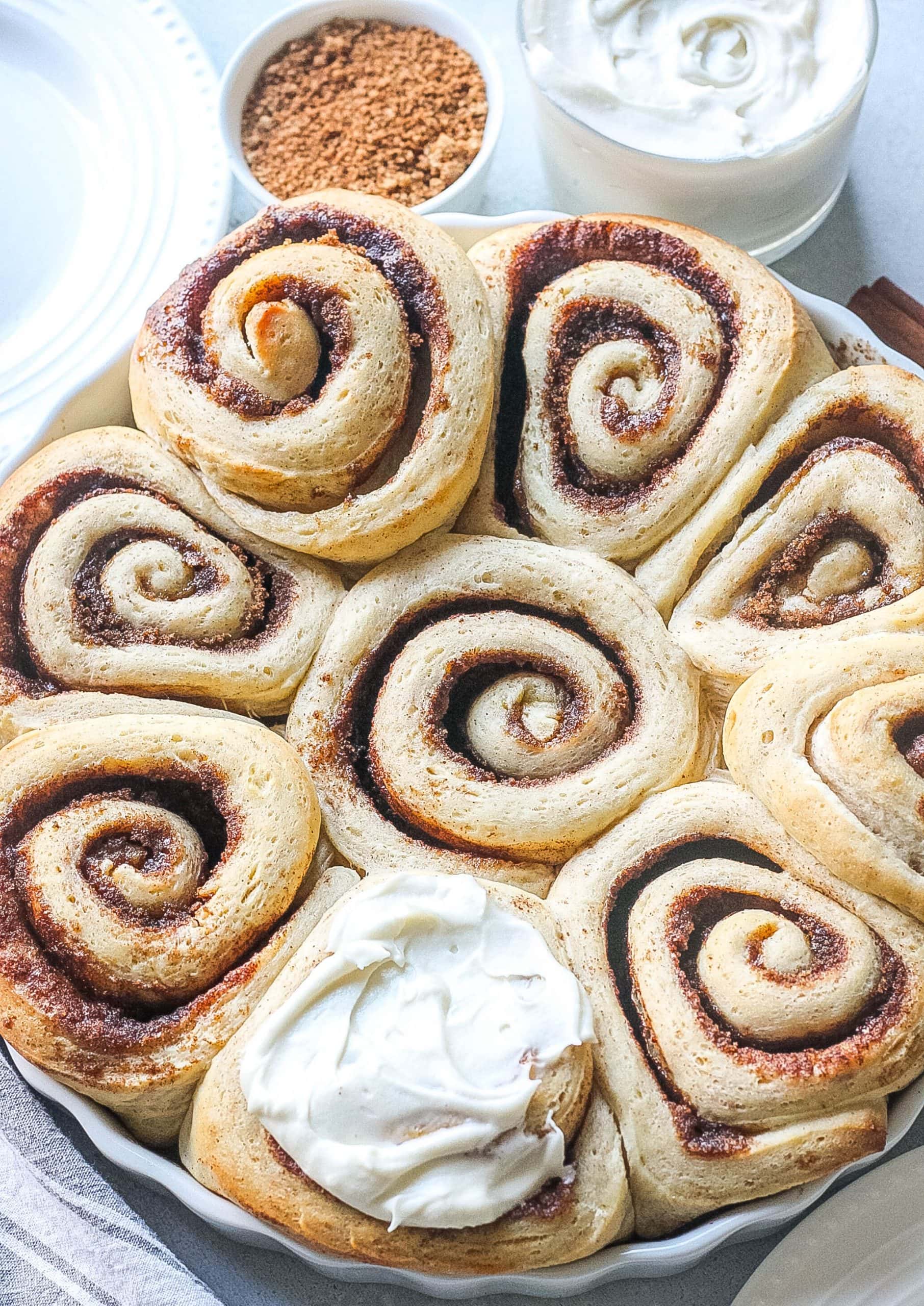 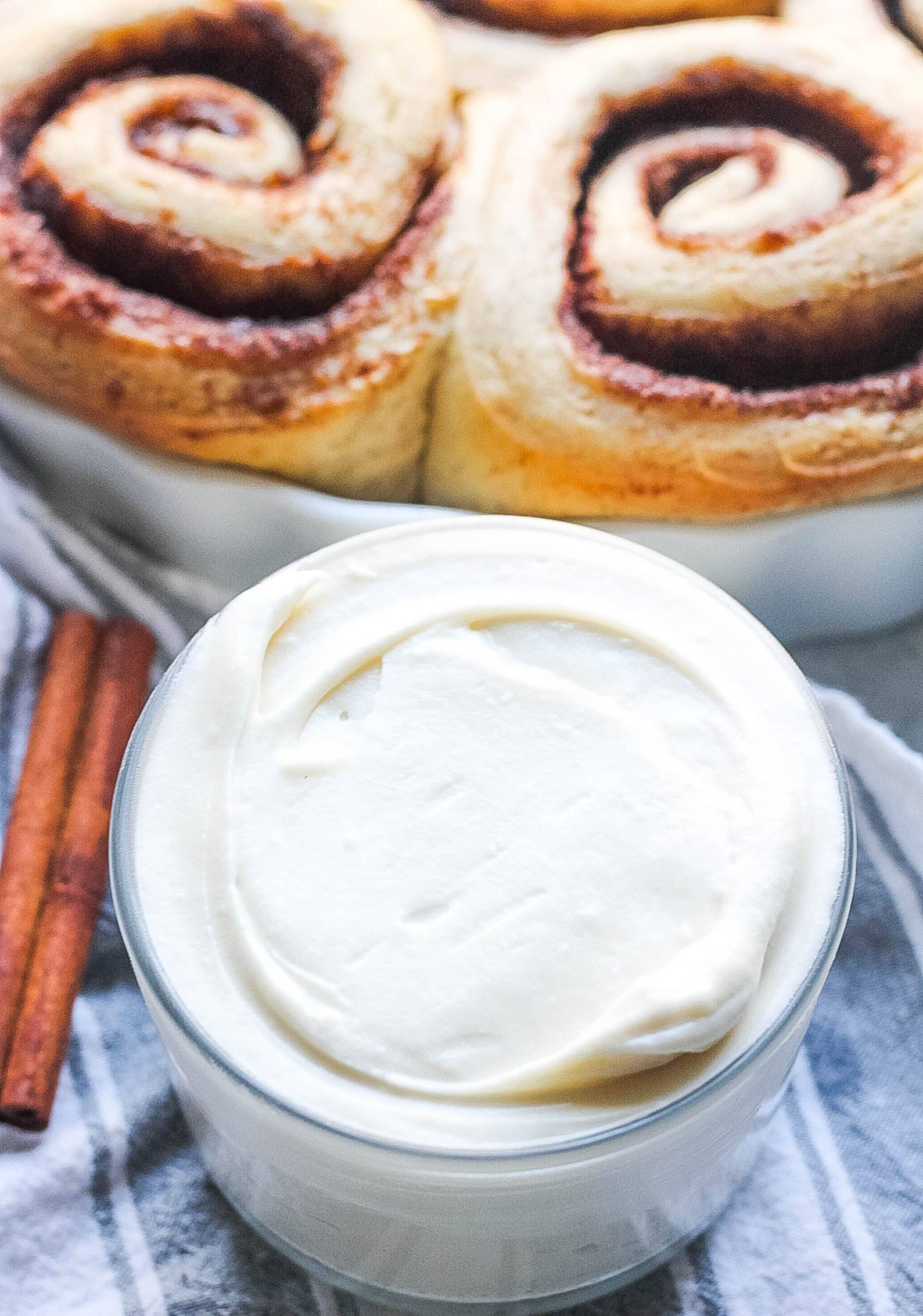 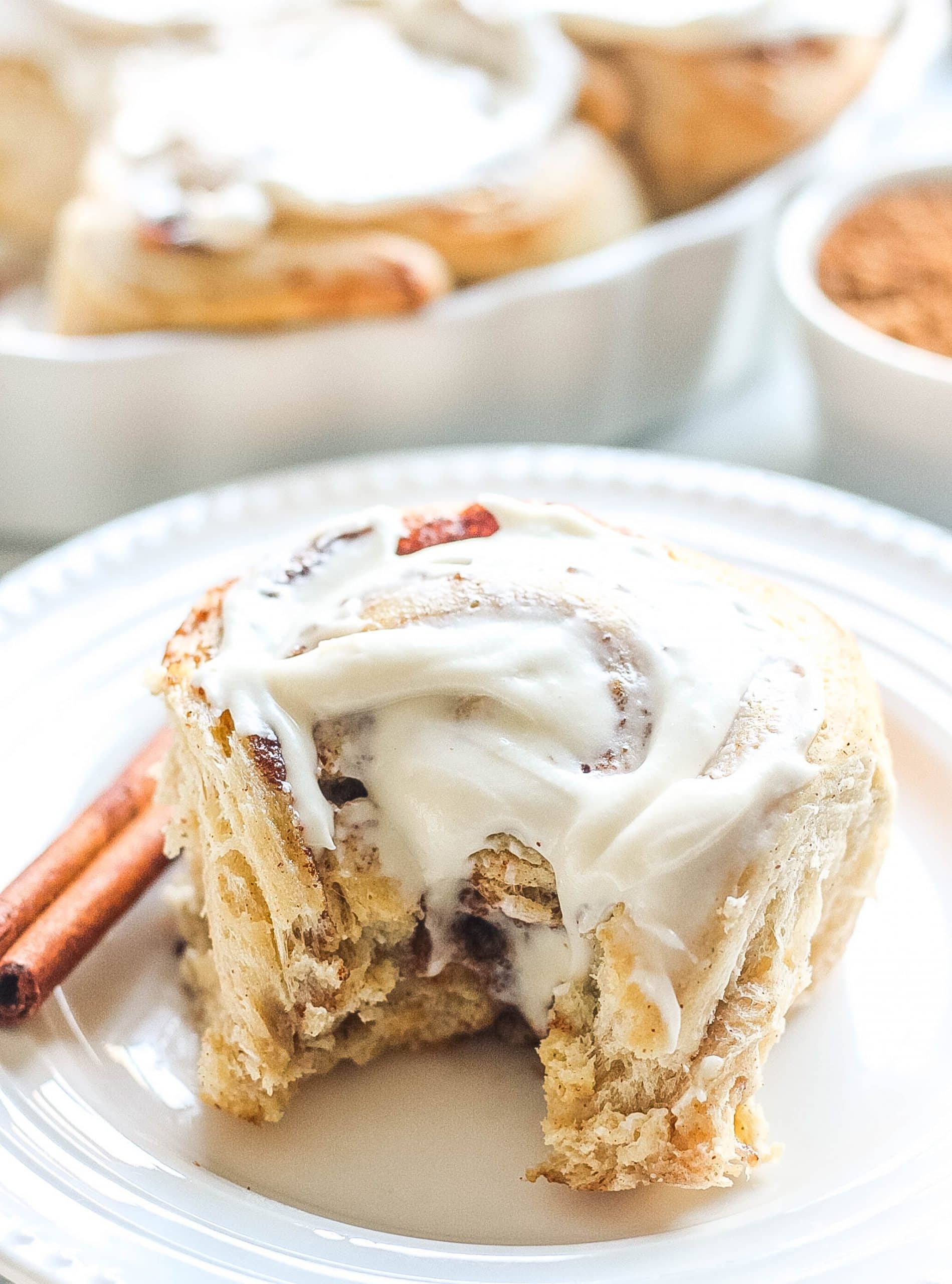 MAKE THESE EASY CINNAMON ROLLS THE DAY BEFORE

If you want to save a few hours during the day, you can make these cinnamon rolls the day or night before.

To bring the cinnamon rolls to room temperature: leave them on the counter for 30-45 minutes before baking. 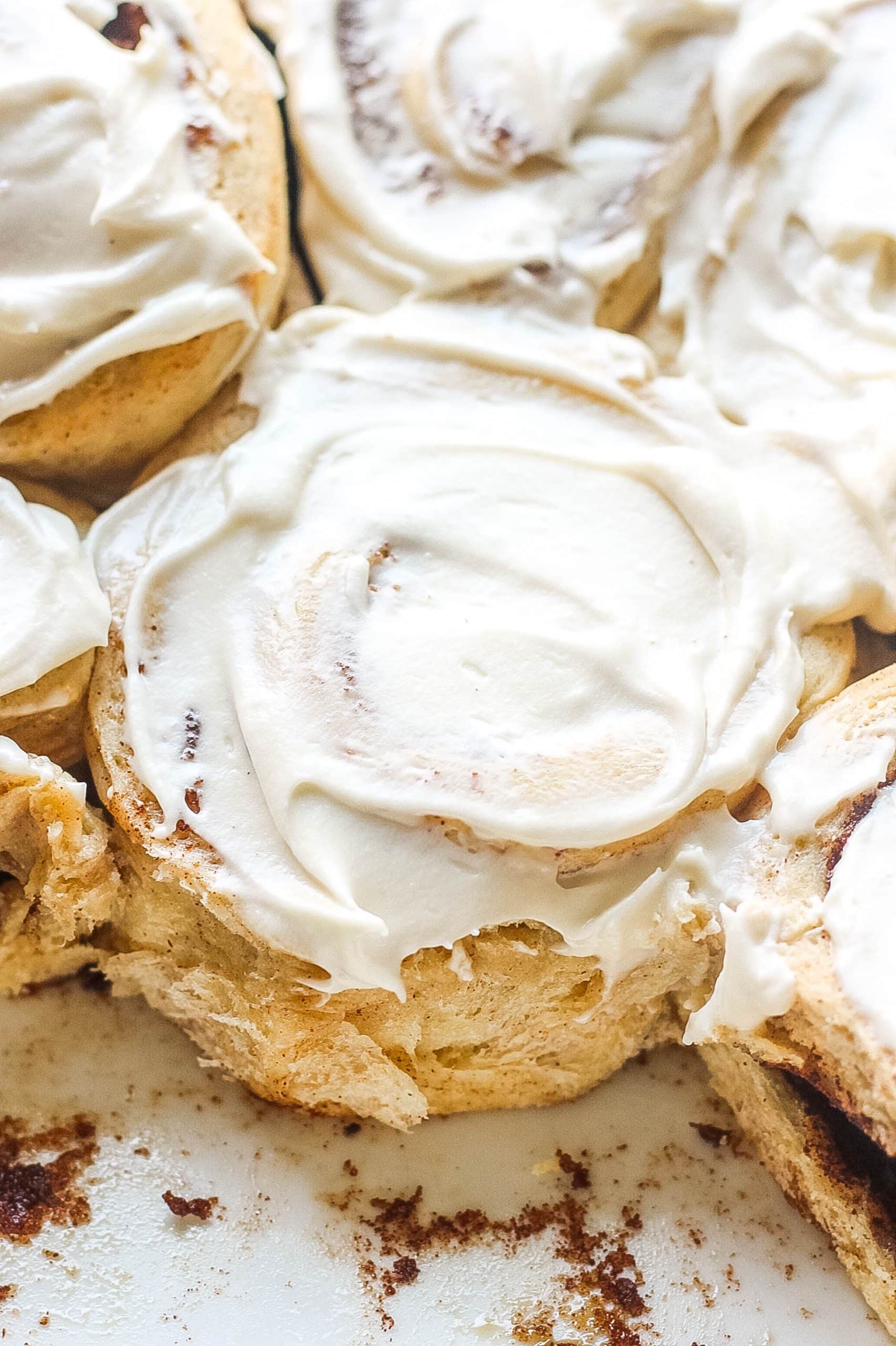 These Cinnamon Rolls make great leftovers for the next morning! Simply cover the cinnamon rolls with plastic wrap or transfer them to an airtight container and store them at room temperature for 2-3 days. If you want to store them longer, place them in the refrigerator for up to 6 days. Reheat in the microwave or oven on 350 degrees F for a few minutes. 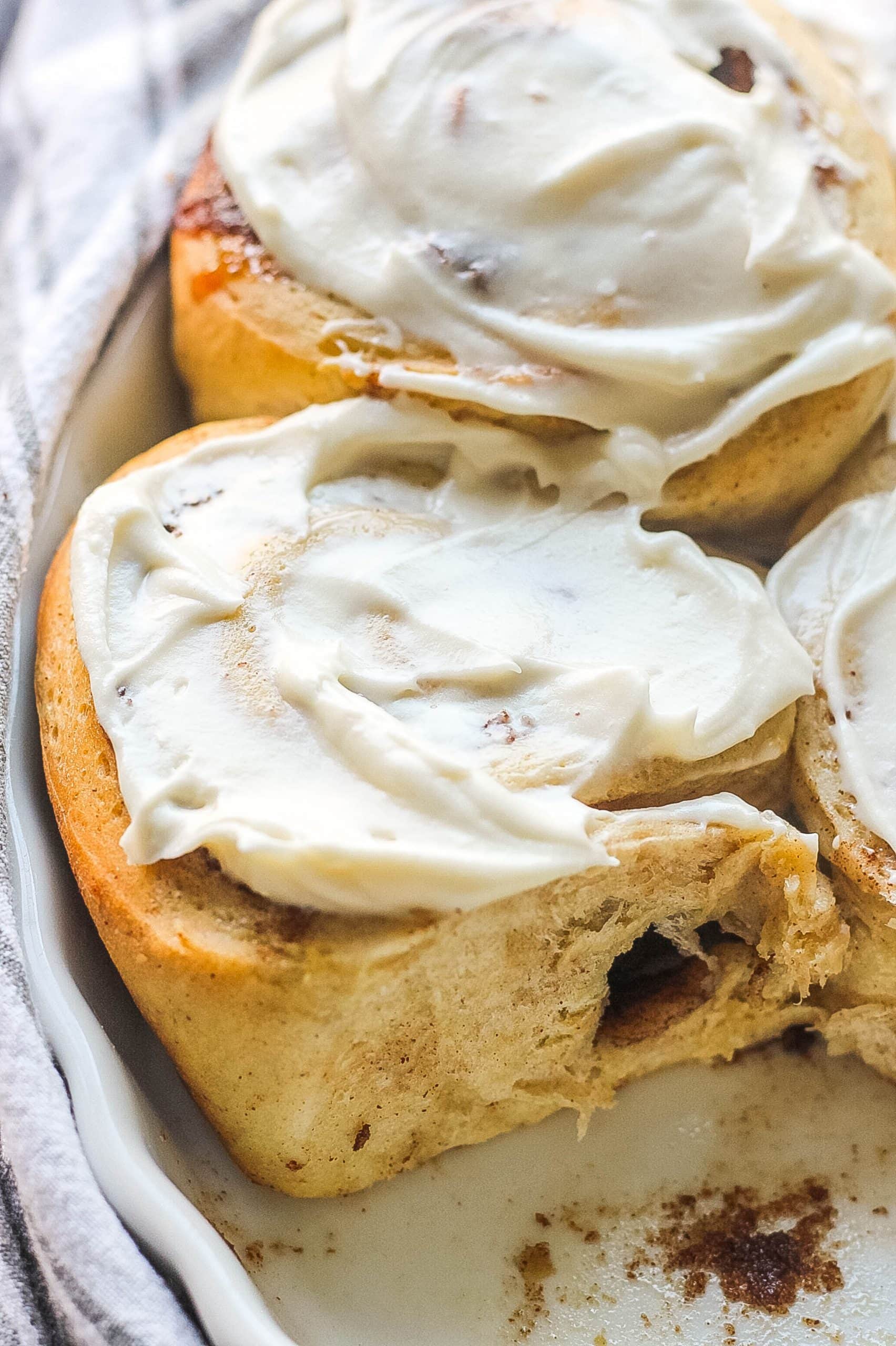 LOOKING FOR OTHER FAVORITE BREAKFAST OR BRUNCH RECIPES? TRY THESE! 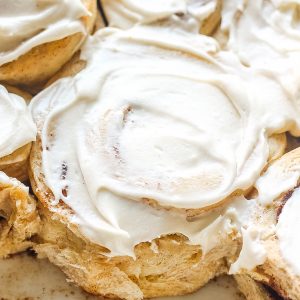 For the cinnamon roll filling

For the cream cheese frosting

*Make sure to check the blog post on all of my recipe notes, tips, tricks and more information about this recipe! 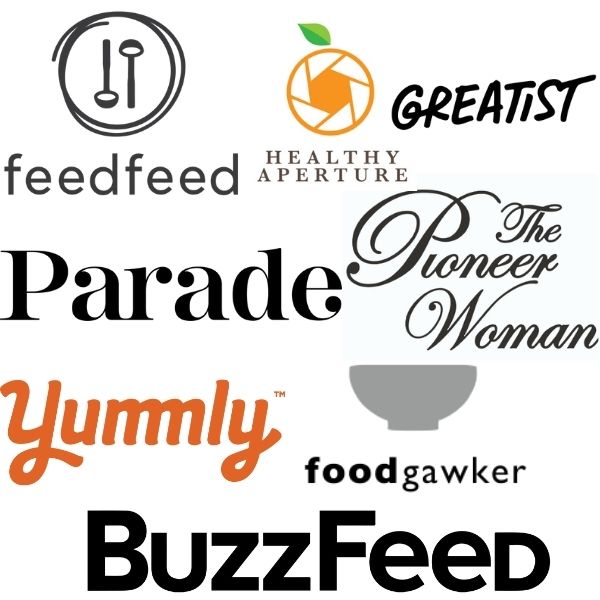